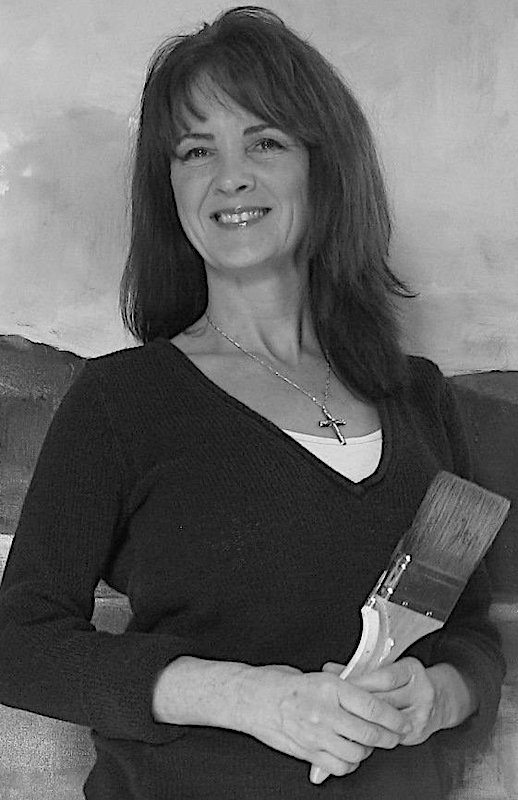 Romona Youngquist was born on January 11, 1960 in Yuba City, California, but grew up in Eastern Oklahoma. Youngquist essentially started out in life as a child of nature, spending her time exploring the woods with her dog and collecting critters. While exploring, she also studied the design and color of nature. She recalls many times standing in a field just staring in fascination at the values of the deciduous trees against a dark Oklahoma sky before a storm then rushing home to draw what she had seen.

Technically self-taught, she thinks of nature as her real teacher. In 1994 she was awarded a grant from the Alaska State Council for the Arts to study with Oregon landscape painter Michael Gibbons. In the late 1990’s she studied with Michael Workman, a leading Landscape painter from Utah. She has taken their valuable lessons and strengthened her own individual style. Romona also admires the work of Russell Chatham, Emil Carlson and Wolf Kahn, especially for their commitment to the beauty of simplicity and atmosphere. Her admiration of these painters has translated to numerous exhibitions and honors, awards and merits throughout the United States including 2004 up and coming artists in the Wickenburg Museum.

Her lifestyle hasn’t changed much since early childhood. She lives on a little farm with her family in the middle of Oregon wine country. She still hangs out in the woods with the dogs and her own kids and still collects a wide range of critters. When she isn’t painting outside, she paints in her studio, in order to keep an eye on her kids and pets, while listening to her favorite Bach, Handel and Mozart.