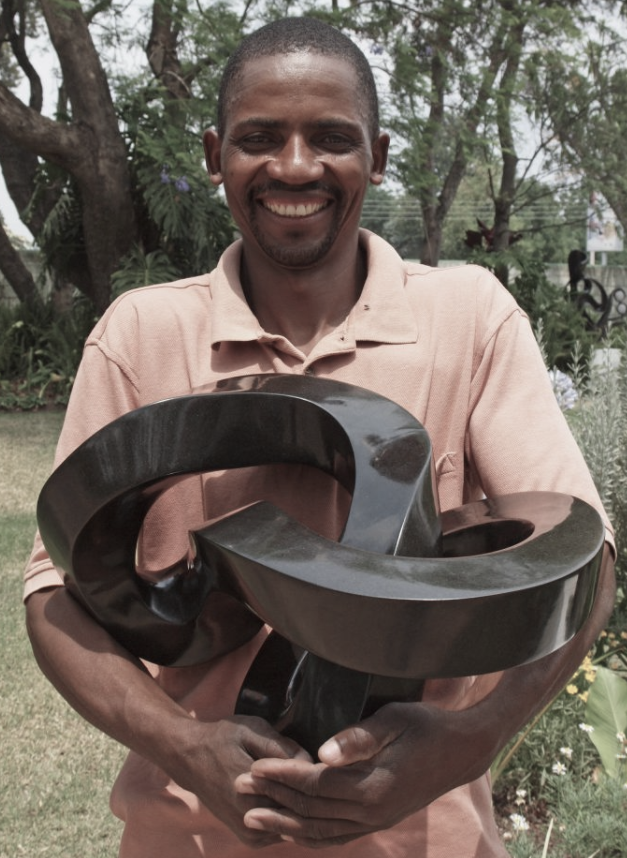 Peter discovered his affinity for the arts at a young age.  In 1995, Peter approached accomplished sculptor Raymond Chirambadare about an apprenticeship in sculpting. According to Peter, “Raymond was kind and patient”, which were qualities that proved essential in those early formative years. He continued to work alongside Raymond until his passing in 2006. Since then, though influenced by Raymond’s flowing, organic shapes that seemly morphed into implicit figures, Peter would soon develop his own unique style; definitively abstract, spatially flowing, and impressively balanced.

In recognition of his talent and originality, Peter was selected as one of only 4 finalists in the 2009 NAMA (National Arts Merit Awards) competition in Harare, Zimbabwe.  Since that time, he has continued to evolve and impress with his work, both monumental and small.

Peter’s work has been collected and exhibited in numerous galleries in Germany, Holland, England, South Africa, Australia, Canada and the United States.