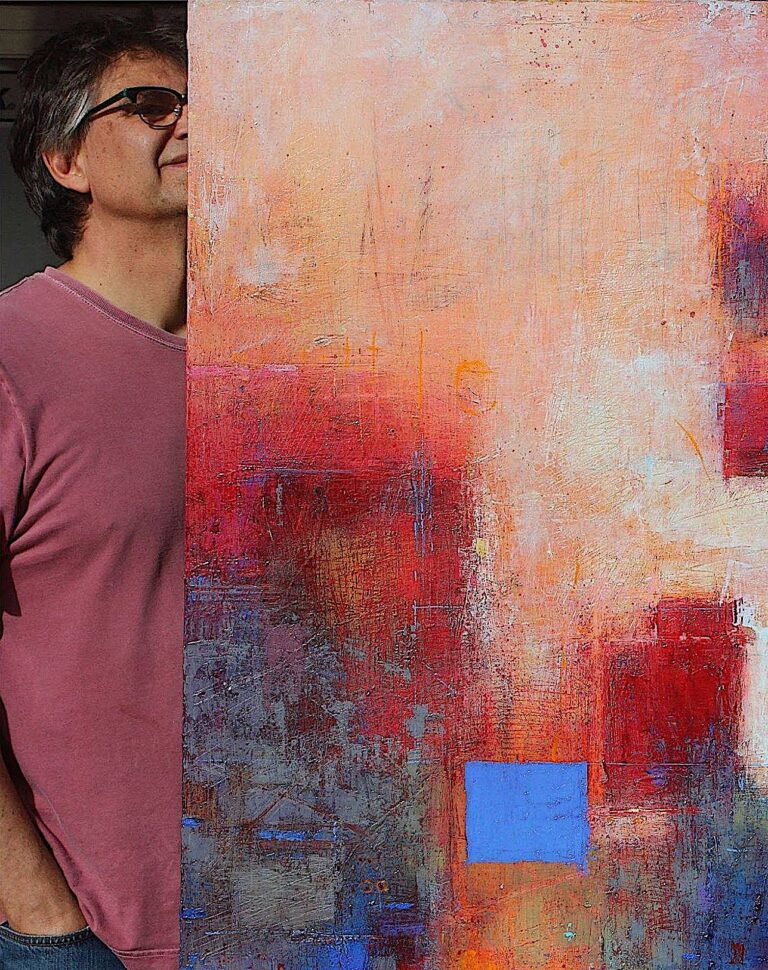 From the time he was four years old Max Hammond was destined to paint, as he began on the walls of his home, a budding muralist. As he ran along the edges of the salt marshes of the Great Salt Lake, he was struck by the inescapable solitude of the vast stretches of this area, from the absolute flatness of the salt flats to the surreal quality of the marshes. It was this desolate landscape he began to paint in college. Earning a B.F.A. at the University of Utah, Hammond was formally trained, emphasizing classical figure drawing in addition to his love for landscapes. After winning a trip to Mexico for six weeks, this rural boy was struck by the way the Mexicans used undiluted colors to bringlife to what appeared to be stark living conditions. It was at this point that color began to take on a new life in his paintings.

Hammond left Utah to begin a M.F.A. in painting at Arizona State University where he won the prestigious Nathan Cummings travel award throughout Latin America, where he was again saturated in a world of color and ancient abstraction. Following his thesis show, he was invited to join the Elaine Horwitch Galleries where he met with instant success. His work is widely collected, and appears in the permanent collections of the Scottsdale Museum of Contemporary Art, Neiman Marcus, Nordstrom, Finova Corp., the City of Scottsdale, and the City of Mesa among others. Hammond has had solo shows nearly every year for the past twenty five years. His current work occasionally returns to the figures he originally painted where he weaves in and out of abstraction, sometimes almost recognizable, then blurring to pure color, form and texture.