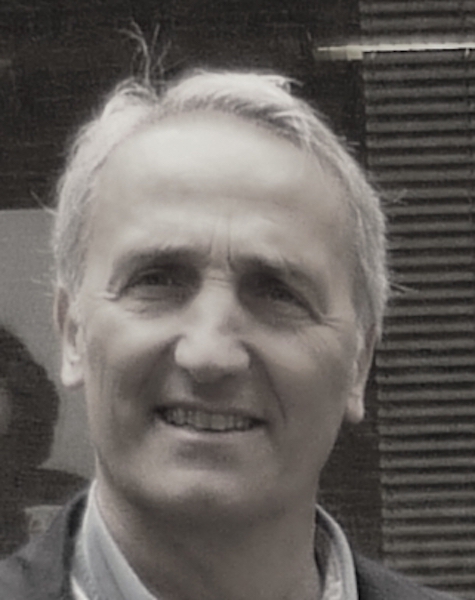 Statement
The main feature of his work is the overlap between “serious” painting and images drawn from the world of advertising, illustration and comic strips. Pictorial influences range from Giotto, Mantegna, Caravaggio and Velazquez to the Italian, European and North American 20th Century, from Casorati, Carrà, Balthus to Hopper. His paintings depict stories of small, private events such as birthdays or weddings and there are often children playing alone indoors in the shade. The twilight effect is not just conveyed through the light and the oxidized, scraped colours, but also through an atmosphere that is suspended somewhere between myth and melancholy. They are short stories that attempt to explain the inexplicable: the charm and the mystery of life.

Biography
Born in Gazzola – Piacenza (Italy) in 1955 After taking his architecture degree, he experiments widely with oil colours. Following a number of group shows, starting in Milan in 1982, he holds his first solo exhibition in 2004 at Donec Capiam Studio, in Via del Carmine in Milan, Italy.