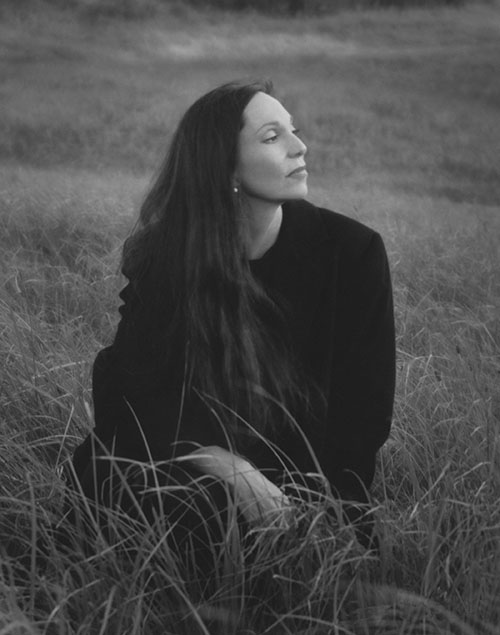 Landscape painter, Gail Morris, has won many prestigious awards for her paintings and her work can be found in private and corporate collections throughout the United States, Japan, and Europe. Painting since 1999, her work as an artist has taken her on a number of extraordinary adventures around the globe, from the Navajo lands in New Mexico to the Dogon villages of West Africa.

Morris attended Washington University, where she studied art history and eventually graduated from Webster College. However, as an artist, she considers herself to be self-taught. With her artwork, she likes to experiment with deconstruction and making the layers of paint as thin as possible, often times rubbing 60% of the paint off the canvass, or using steel wool and razor blades to distress the paint.

She captures the soothing exuberance of the Western landscape by reducing each experience to its visual and emotional essence. Her serene paintings are influenced by the traditions of early California painting as well as the work by the great color field abstractionists.

Artist Wolf Kahn says, The landscape paintings of Gail Morris are spare and elegant. Economical divisions set off the near from the far spaces. Color relations are abstract and resonant. These pictures are evidence of a sensuous and celebratory response to nature and to life in general.

Morris currently resides in California with her husband and their two children.