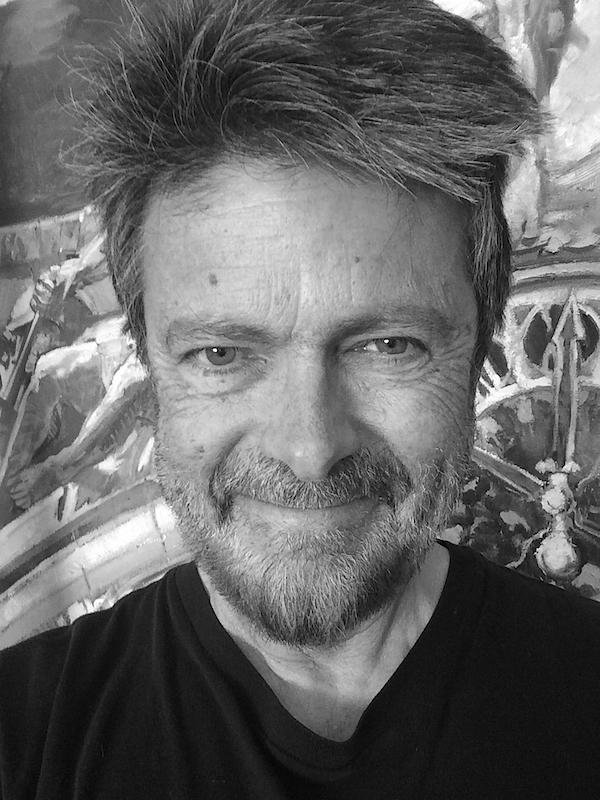 With a love for nostalgia, Francis Livingston paints places which may no longer exist or that have lost their luster. His bold and impressionistic paintings take the viewer back in time to the day when amusement parks with wooden roller coasters, movie theatres with neon signs and buildings with ornate embellishments were in their prime.

Livingston is known for his thickly applied brush strokes that emphasize shape rather than line, creating an abstract approach to realism. His scenes of yesteryear have exciting movement, color, texture and balance. This artist’s urban cityscapes are reminiscent of the Ash Can School of the early 20th century. He seeks to portray a unique spirit and give us a sense of the pulse of life which once existed.

Influenced by Sargent and Whistler, he initially painted primarily in a monochromatic style. Then he began to study the work of the Bay Area Figurative Movement, including Richard Diebenkorn, Wayne Thiebaud and others. That led to experiments with color and a fondness for the California and French Impressionists.

After teaching art at the San Francisco Academy of Art and after many years working as an illustrator, Livingston has developed a unique style which has led to his successful career in fine art. His nostalgic paintings invite those who view his art to picture themselves in another place in time when life was more simple and moved at a slower pace.

Statement
A good portion of my paintings involve that moment when an individual, by themselves, might take the time to make the same observations as I have. The subjects that I paint, whether they are abandoned movie theaters or amusement parks, must have a sense of time and place. I need to feel the emotion, either good or bad, about the place or subject

2002
Southwest Art, January, “Remnants of the Past” Hemispheres, October