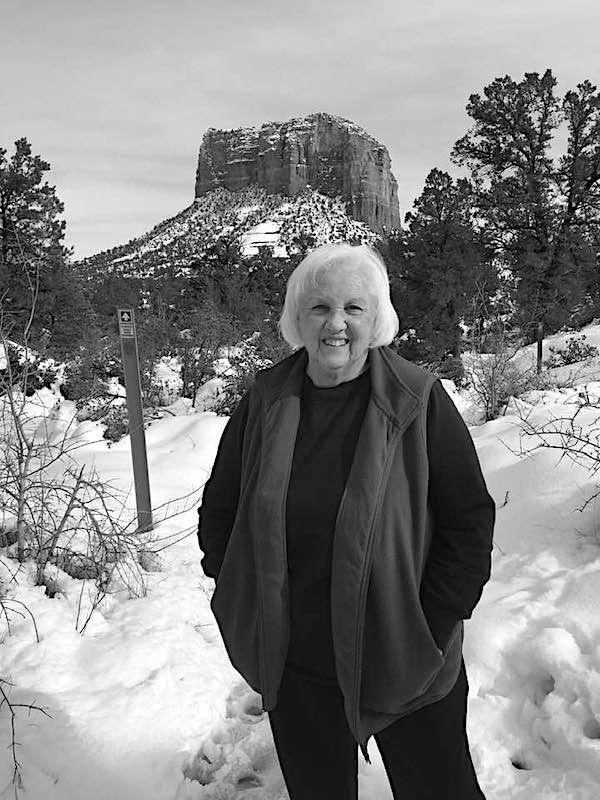 “The comment I hear most often about my paintings is ‘happy'”. I’ve loved art all of my life and it warms my heart to know that I’m able to pass that love and joy on to others. I use color and shape to capture the wonders of the world around me. Her love affair with art began as a child, when her favorite present was a new box of Crayola crayons.

Hartley’s fascination with art continued and was nurtured during her studies at The University of Georgia, where she acquired a BFA Degree in painting and drawing in 1963. During those years, she married, raised two children and taught art, eventually opening her own art school in Atlanta’s Buckhead area. She painted for galleries and later became a member of the Atlanta Portrait Society.

Hartley lived in the desert of Arizona for 14 years, where she explored and sketched all over the west in Arizona, Utah, California, Wyoming, Oregon and New Mexico. She began painting mostly scenes because it gave her an excuse to travel to places such as Iceland, Ireland, France, etc. “My work and my vacation are one and the same.” After breaking an ankle while hiking alone in a National Forest, she decided to move closer to her two sons and 6 grandkids, on Isle of Palms, SC, near one son, and now Macon, GA, near her other son.

“I count my blessings for a talent that was given to me by God as a gift at birth, that has brought me and others so much pleasure.”